WASHINGTON – The Supreme Court late Tuesday rejected a last-minute appeal from Lezmond Mitchell, a Navajo on federal death row who is scheduled to be executed Wednesday evening for the brutal 2001 murders of a Navajo woman and her granddaughter.

Mitchell, 38, has two appeals remaining – a request for a presidential commutation of his sentence and a petition for another court to delay his execution so the commutation request can be heard – but one expert conceded that those were long shots.

“Mr. Mitchell’s life is in President Trump’s hands, and we hope the president will demonstrate his respect for tribal sovereignty and grant Mr. Mitchell the mercy of executive clemency,” said a statement Wednesday from Celeste Bacchi and Jonathan Aminoff, the federal public defenders representing Mitchell.

If the execution goes forward at 6 p.m. EDT in the U.S. Penitentiary in Terre Haute, Indiana, it would be the first time in modern history that the federal government carried out the death penalty for a crime between Native Americans on tribal land, over the objections of the tribal government, his attorneys said.

“There’s a feeling that, you know, the matter is something that should be in the hands of the Navajo leaders…. That we have the inherent power to make decisions,” said Robert Yazzie, who was the Navajo Nation chief justice during the time of Mitchell’s crime.

But Mitchell’s arguments on tribal authority have been struck down in lower courts and the Supreme Court on Tuesday rejected his latest appeal, of racial bias by the jury that sentenced him to death, which was made up of 11 whites and one Native American.

“Today’s decision means we will never know for sure whether anti-Native American bias influenced the jury’s decision to sentence Lezmond Mitchell to death,” Mitchell’s attorneys said in their statement. “Yet we do know that Mr. Mitchell’s death sentence represents an unprecedented infringement on the sovereignty of the Navajo Nation, which has steadfastly opposed his execution.”

Mitchell does not deny that he and an accomplice carjacked a Navajo woman’s truck in October 2001 and brutally murdered the woman and her granddaughter.

Court records are not clear on how Mitchell, then 20, and Johnny Orsinger, 16, got into Alyce Slim’s pewter-colored GMC Sierra – only that when Slim, 63, stopped to let them out near Sawmill, the two men stabbed her 33 times.

They put Slim’s body in the rear seat of the truck, forcing 9-year-old Tiffany Lee to sit next to her grandmother’s body for about 30 miles, before pulling the girl out and slitting her throat twice. On finding her still alive, they dropped large rocks on her head until she died.

Mitchell and Orsinger tried to hide the evidence by cutting off their victims’ heads and hands, burning their clothing and personal items and dragging the torsos in the woods.

Three days later, Mitchell and two other accomplices robbed a gas station in Slim’s truck, which Mitchell then set on fire to cover the evidence. But after a Navajo police officer found the partially burned truck near Wheatfields, police discovered Slim’s blood in the truck, connecting Mitchell to the missing woman.

While tribes have jurisdiction over most crimes committed by Native Americans against other Natives on reservation land, the federal government takes over for crimes – including murder – listed in the Major Crimes Act of 1885.

Tribes gained back some control with the Federal Death Penalty Act of 1994, which said federal prosecutors needed tribal approval to seek the death penalty for crimes listed in the Major Crimes Act. But the 1994 law also expanded the list of capital crimes to include some not listed in the Major Crimes Act – including carjacking resulting in death.

If Mitchell had been charged only with murder, the Major Crimes Act would have required consent from the Navajo Nation to pursue the death penalty, said Matthew Fletcher, law professor at Michigan State University and director of the Indigenous Law & Policy Center who has followed Mitchell’s case closely.

But Fletcher said then-U.S. Attorney General John Ashcroft also pushed for a charge of carjacking resulting in death, a charge that would let the government seek the death penalty without tribal approval.

Federal prosecutors had originally recommended against seeking the death penalty, based on the opposition not only of the Navajo Nation, which opposes capital punishment, but also on the opposition of the victims’ family at the time.

The Navajo Nation has denounced the death penalty many times as being against its spiritual beliefs and sovereign laws. Yazzie said that, while there is diversity of opinion on the death penalty among the Navajo people, that the tribe looks to its traditions to make its laws.

But Troy Eid, president of the Navajo Nation Bar Association and former chair of the Indian Law and Order Commission, said the question of whether tribes have a say in capital cases like Mitchell’s has been answered by courts. While he supports tribal input, he said, the courts have ruled that it is not needed for federal capital crimes not included in the Major Crimes Act – like carjacking,

Mitchell’s latest appeals have turned on his claim of jury bias, but courts repeatedly rejected his request to interview jurors in his case. The most recent ruling, by the 9th U.S. Circuit Court of Appeals, said the law is on the government’s side but the proceeding with Mitchell’s execution “demonstrates a deep disrespect for tribal sovereignty.”

Mitchell lost his last appeal in the 9th Circuit on June 15 and was preparing an appeal to the Supreme Court when the Justice Department in late July set the Aug. 26 execution date. His appeal was filed Aug. 13, and a request for an emergency stay was filed Aug. 19. It was that stay that was denied Tuesday.

Mitchell would be the fourth man executed on federal death row in the last five weeks. The last federal execution before then was in 2003, but Attorney General William Barr last year ordered that executions resume.

In a letter to Trump last week, Navajo Nation President Jonathan Nez and Vice President Myron Lizer urged a commutation, calling the government’s pursuit of a death sentence for Mitchell “in complete disregard to the Navajo Nation’s deliberate decision not to opt-in to the death penalty under the Federal Death Penalty Act.”

Commuting his sentence, they wrote, would be “appropriate to begin to restore harmony and balance to the affected families and to the inherent sovereignty of the Navajo Nation.”

Fletcher, who referred to Mitchell’s flurry of last-minute filings as “Hail Mary” appeals, doubts Trump will commute the sentence.

For Yazzie, the execution of Mitchell would go against not just Navajo sovereignty, but Navajo tradition.

“A matter of giving life and taking life away, I think it’s just, it’s a function of something beyond us as a human being,” Yazzie said. “We weren’t placed on Earth to have that kind of power.” 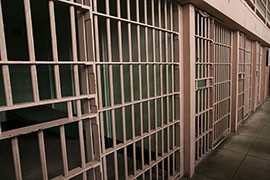 Barring a last-minute appeal, the federal Bureau of Prisons will execute Lezmond Mitchell Wednesday, for the 2001 murders of a Navajo woman and her granddaughter. The execution of Mitchell, who is also Navajo, is opposed by the Navajo Nation. (Photo by Jenn Vargas/Creative Commons) 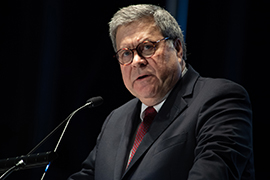