WASHINGTON – The Supreme Court said Monday it will hear the appeal of an Arizona death-row inmate who claims state courts wrongly used old law to reaffirm his death sentences for two 1991 murders.

A ruling in James Erin McKinney’s case could affect as many as 19 other Arizona death-row cases, said his attorneys. They argue that a Supreme Court ruling since McKinney’s crimes were committed requires that he be resentenced by a jury, not a judge.

But the Arizona Attorney General’s Office argued that McKinney’s case was final when it was first affirmed in 1996 – long before the Supreme Court issued the ruling in Ring v. Arizona that defense attorneys are invoking now.

“By any principled measure, petitioner’s convictions and sentences for killing two blameless and essentially incapacitated individuals became final years before” the Ring ruling was handed down, the attorney general’s office argued.

Calls to the attorney general’s office were not immediately returned Monday, while attorneys for McKinney declined to comment on the court’s decision to hear the appeal.

McKinney and his half-brother, Charles Hedlund, were convicted by separate juries for their parts in a string of burglaries in Maricopa County in early 1991, two of which ended in murders.

In the first case, the men had broken into the home of Christine Mertens on March 10, when she came home unexpectedly. They beat and stabbed her before holding her on the floor and shooting her the back of head at point-blank range, ultimately making off with about $120 in cash, according to court records.

On March 23, Hedlund and McKinney broke into the home of James McClain, 65, where they found him asleep. McClain was shot in the head at close range with a sawed-off rifle, before the two stole McClain’s watch, three handguns and his car.

In addition to burglary and theft charges, McKinney was convicted of two counts of first-degree murder and Hedlund was convicted on one count each of first- and second-degree murder. A judge in their cases sentenced both to death in 1993 and the Arizona Supreme Court upheld McKinney’s sentence in 1996.

But the 9th U.S. Circuit Court of Appeals disagreed. In late 2015, it said the sentencing judge had failed to consider evidence that McKinney suffered from post-traumatic stress disorder as a result of a childhood in which he and his siblings were routinely beaten and abused.

Such mitigating evidence, which could weigh against the death penalty, must be considered under a 1982 Supreme Court ruling – something the 9th Circuit said Arizona courts ignored for 15 years.

The case went back to Arizona. The state Supreme Court reviewed the case and determined the sentencing judge had considered McKinney’s PTSD but determined it did not outweigh other factors in the case. It again upheld his death sentence.

McKinney argued that under the Supreme Court’s 2002 Ring ruling – which said only juries, not judges, can determine a death sentence – he should have been given a new sentencing hearing before a jury, not the Arizona Supreme Court.

McKinney has “never had a jury consider his mitigating evidence,” said an attorney with Phillips Black Inc., a legal group that filed a brief with the U.S. Supreme Court in support of McKinney. “The Arizona Supreme Court plainly imposed a sentence of death without him having ever presented his case for life to a jury.”

An attorney with the Arizona Capital Representation Project said McKinney is not the only death-row inmate whose mitigating evidence was downplayed. “Sometimes it’s PTSD, sometimes it’s childhood trauma,” she said, “but in every case, it’s evidence that it refused to consider because it didn’t find it causally connected to the crime.”

The state argued that McKinney’s “convictions and sentences were final on August 14, 1996,” when the Arizona Supreme Court first upheld his sentence, six years before the Ring decision came down. That ruling cannot be applied after the fact, the state argued.

But McKinney’s attorneys said a case does not become final as long as “the defendant’s sentence remains open to correction,” as McKinney’s did. When resentencing occurs, it must be done under the law at the time, they said, which means McKinney should have a jury consider his sentence.

The Supreme Court’s current term ends this month. No date has been set for McKinney’s case, which will likely be heard in the fall. 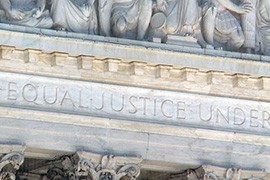 Attorneys for Arizona death-row inmate James McKinney said the Supreme Court’s ruling in his case could affect the cases of as many as 19 others on death row in the state. (Photo by Nathan O’Neal/Cronkite News) 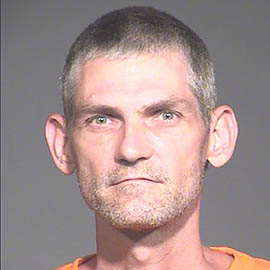 James McKinney has been on Arizona’s death row since 1993 for two murders committed during burglaries in 1991, but the Supreme Court has agreed to hear an appeal of his sentence. (Photo courtesy Arizona Department of Corrections)