PHOENIX – Voters will decide this November whether to change the way Arizona selects appellate judges and how Maricopa and Pima counties select Superior Court judges by giving the governor more control over the process while diminishing the State Bar of Arizona’s role.

Conservative lawmakers pushed this session to overhaul the merit selection system used in the state’s most populous counties and at the appellate level. They initially sought to remove the bar from its role of selecting slates of candidates for commissions that put forward recommendations for filling judicial vacancies.

But negotiations with the bar and prominent members of the judiciary persuaded legislative leaders to put forward a resolution, forwarded to the ballot last week, that would change the process without eliminating the bar’s involvement.

“If this compromise had not been reached, then there was a pretty good chance, I think, that merit selection would not have been retained in this state,” said Jon Phelps, CEO of the State Bar of Arizona.

While judges in smaller counties are selected and retained through elections, since 1974 Maricopa and Pima counties, which have populations larger than the current threshold of 250,000, have used a merit selection system that begins with nominating commissions. Merit selection also is used for nominees to the state Court of Appeals and Supreme Court.

Under the current system, the governor appoints five attorneys from a pool vetted by the state bar and 10 members of the public to each county’s nominating commission. The state Senate confirms each commission nomination.

When a judicial vacancy occurs, the commission selects at least three candidates judged most qualified to fill the position. The governor then makes a final appointment from those candidates.

If approved by voters in November, SCR 1001 would eliminate the bar’s ability to develop a list of candidates for the nominating commissions. Instead, the bar’s president could directly appoint one of the five attorney members to each commission while the bar would solicit and review candidates but forward a list with the names of all applicants.

The resolution would also increase terms of office for all judges and justices to eight years and increase the retirement age to 75 from 70.

Peter Dunn, a lobbyist for the Arizona Judges Association who attended several negotiations with legislative leadership, said concerns about a political bias at the state bar spurred the push for changes.

“It was a political argument, the perception being that the state bar is too liberal … and it has too much influence over the process,” Dunn said.

Clint Bolick, direct of the Goldwater Institute’s Scharf-Norton Center for Constitutional Litigation, has been a candidate for the appellate selection commission several times but never ultimately put forward for consideration. He said the experience caused him to question whether the bar screens candidates based on political beliefs.

The proposed changes could simply replace the bar’s covert political bias with an overtly political nomination from the governor, he said, adding that an ideal system would try to balance competing political parties throughout the nomination process.

“I am concerned that the governor’s role now may be over-sized,” Bolick said. “But this is overall an improvement, and it is certainly better than other alternatives that were being considered.”

Phelps, the bar’s CEO, denied any bias when selecting commission candidates and pointed to several individuals the bar has selected from across the political spectrum.

“Certainly, we had an ability to limit the governor’s choices,” Phelps said. “[But] I have never seen and have no reason to believe that behind the scenes there is any kind of political maneuvering.”

He said he understands arguments for giving the governor more discretion but believes the bar should still be involved in selecting judges because its members interact most heavily with the courts.

“Who better to know what all those candidates look like than the organization representing lawyers?” he asked.

Other bills on judicial selection:

– SB 1482: Signed by the governor, it will require the Commission on Judicial Performance Review to publish on its website the decisions of an appellate court judge who is up for retention election.

– SB 1472: Signed by the governor, it will allows the public to file arguments advocating or opposing the retention of a judge in a public voter pamphlet. 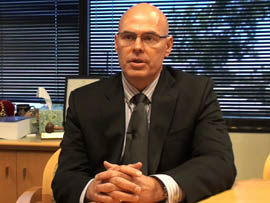