PHOENIX – Spice, an herb often smoked as a legal alternative to marijuana, should be banned in Arizona because of its dangerous side effects, a state lawmaker said Thursday.

“It’s highly unpredictable,” said Rep. Matt Heinz, D-Tucson, who is a physician. “The effects are so much more prominent, severe and intense as compared to naturally occurring THC or marijuana.”

Heinz is among a bipartisan group of lawmakers supporting HB 2167, which would add the synthetic chemicals commonly applied to the herb to the list of dangerous drugs banned under state law.

After hearing from Heinz and others, the House Judiciary Committee unanimously endorsed the measure, sending it to the House floor by way of the Rules Committee. It includes an emergency clause – requiring votes from three-quarters of members in each house – that would make its provisions take effect immediately upon the governor’s signature.

Spice has grown increasingly popular in recent years with those who smoke it for an effect comparable to that of marijuana.

The substance most often used in spice is JWH 018, a synthetic cannaboid that mimics the effect of the chemical THC, or tetrahydrocannabinol, in marijuana. It’s sprayed with a mix of other chemicals over herbs, then marketed as incense and labeled “not for human consumption.”

“It’s being falsely marketed, stealth marketed, to a susceptible population that’s been told that this is basically a legal form of marijuana and that it’s safe, and neither of this things is true,” Heinz said.

The bill’s author, Rep. Amanda Reeve, R-Anthem, said spice is especially dangerous because its strength varies from brand to brand and even from batch to batch, leading to unpredictable effects in users.

“These are designer drugs, and you just don’t know how it’s going to affect you,” Reeve said. “Someone could be allergic to this chemical, and how are they going to know when they don’t even know what the chemical really is?”

Caleb Laieski, a Phoenix resident who registered his support for the bill, said he had a severe reaction when he used spice.

“I myself had a heart rate of about 200, saw about six of everything and had to be transported to the hospital and was told that I’d have a heart attack if I didn’t come down,” he said in an interview.

Laieski said outlawing spice would make it clear that the substance is dangerous – something that he said was important because he has friends who consider using spice OK because it’s legal.

In a telephone interview, Maricopa County Attorney Bill Montgomery said there is widespread support for the bill among law enforcement officials. He also recommended programs to educate potential users after the dangers of spice.

“My concern arose from the standpoint that it was being presented to kids as a legal alternative to using marijuana,” Montgomery said. “I’m hoping that an awareness education effort will lessen those cases.”

– Composition: A mixture of herbs varying by brand sprayed with a chemical, JWH 018, that when smoked mimics the effect of tetrahydrocannibol, or THC, in marijuana. 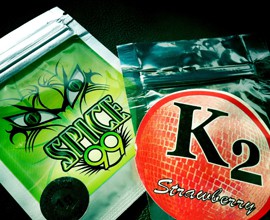 The mix of herbs known as spice produces a high comparable to marijuana but is marketed legally as incense. K2 is a brand under which spice is sold. (Photo by the Drug Enforcement Administration) 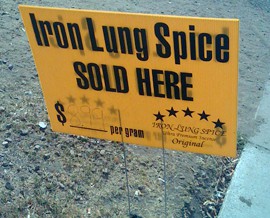 One of many blends of spice, Iron Lung. (Cronkite News Service Photo by Rebekah Zemansky) 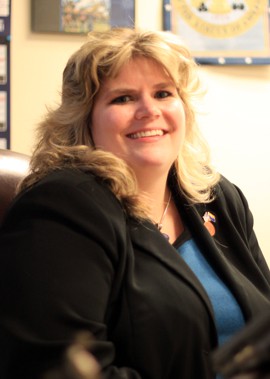 Rep. Amanda Reeve, R-Anthem, is the author of the bill that would ban spice. (Cronkite News Service Photo by Rebekah Zemansky) 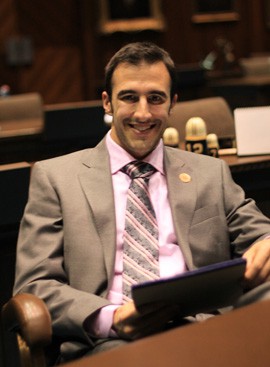